Concrete example of observations and datasets are as follows. 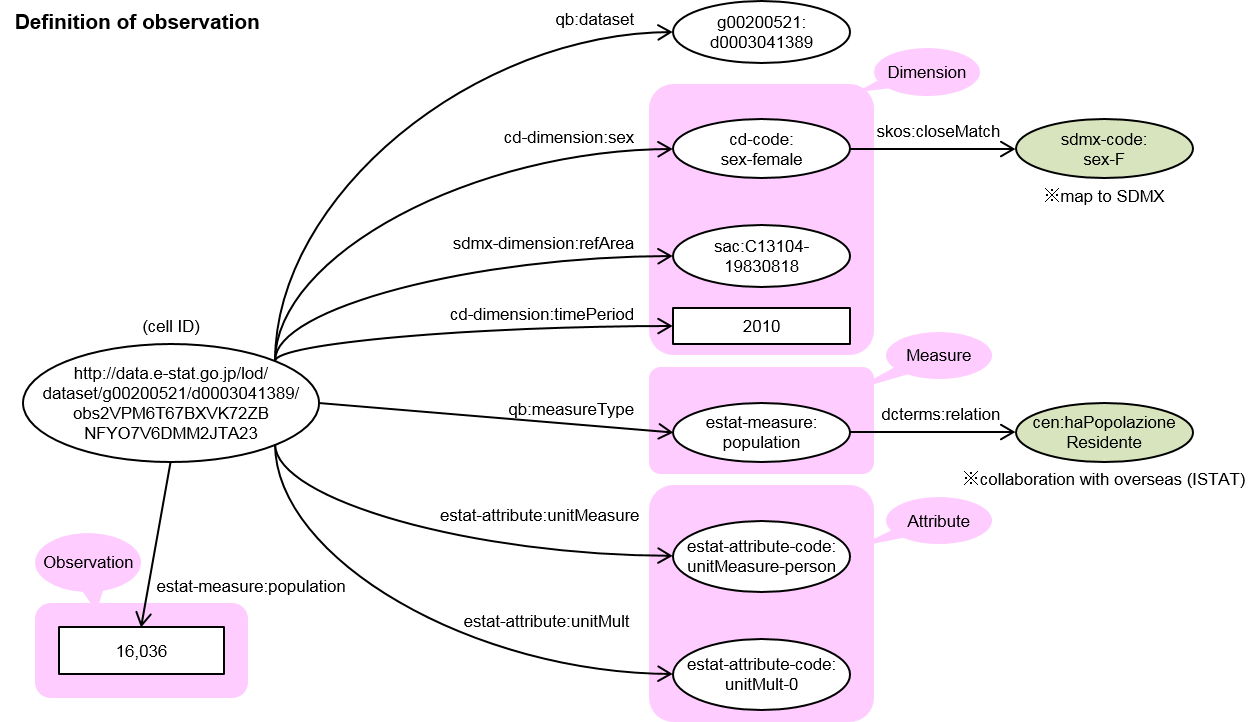 In case figure in small area or grid square is too small, the figure is concealed and added into the figure of neighboring area. Concealment information is defined in observations. 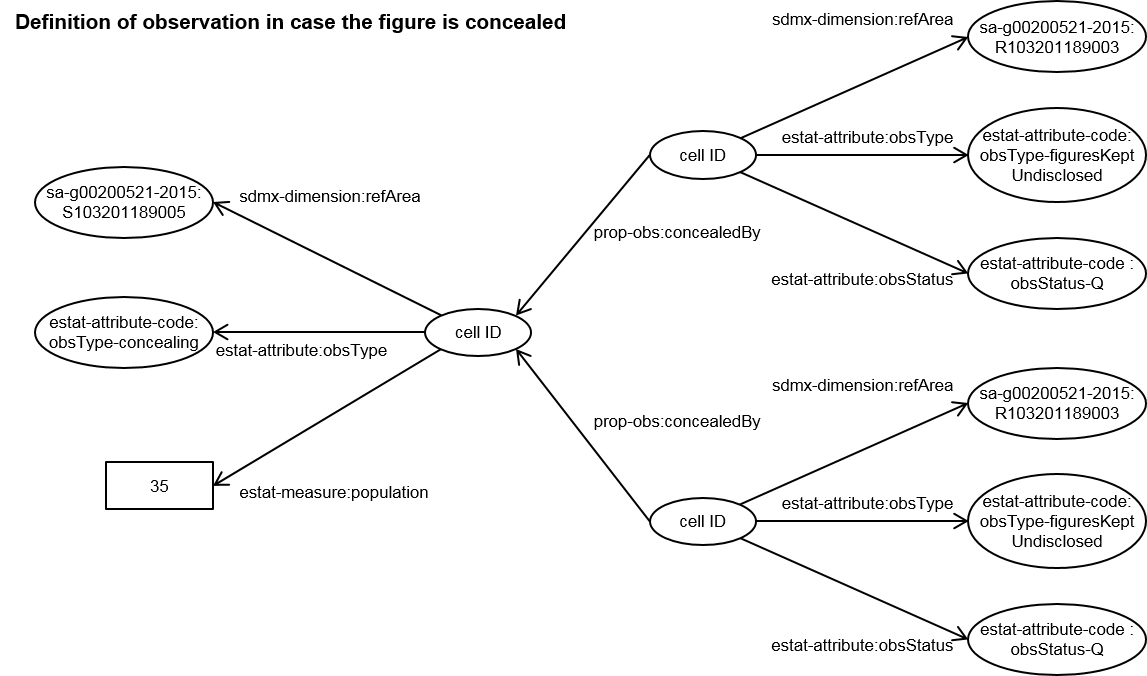 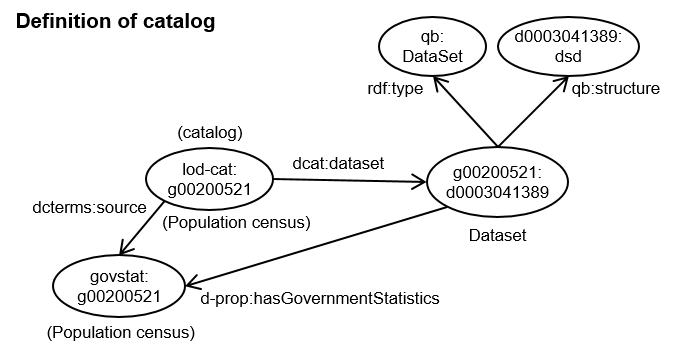 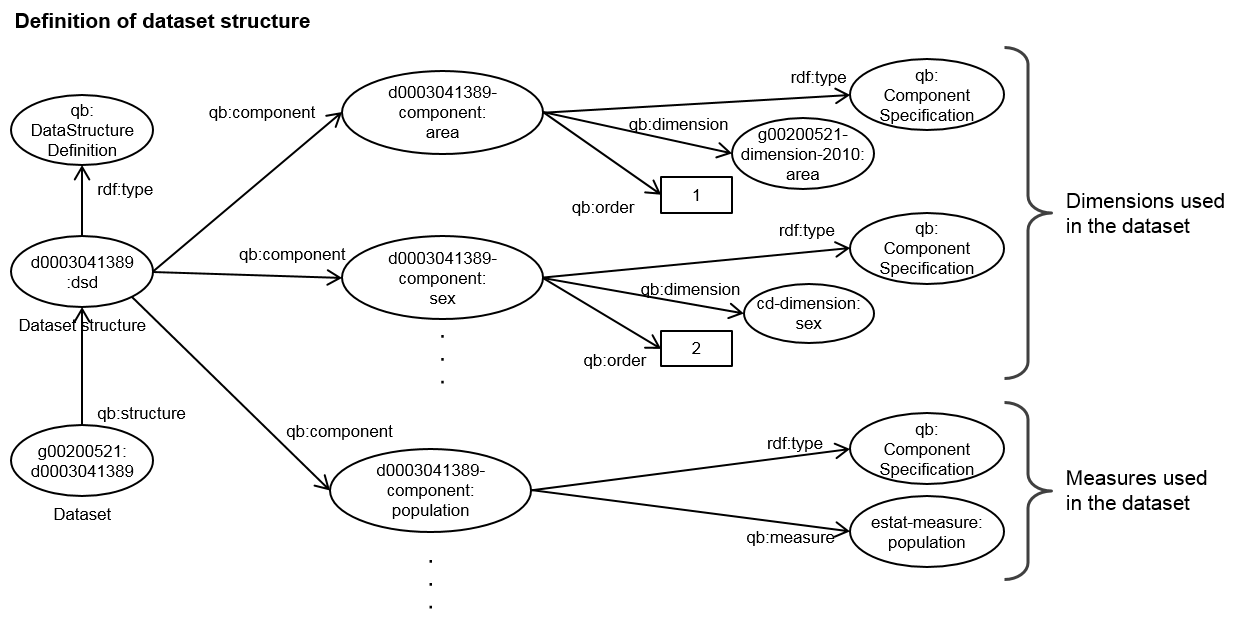 As values of dimension which each dataset can have vary by dataset, the values are defined in dataset structure definition as a code list.

Contents of statistical table have government statistics, categories, etc. and are defined with hierarchy.

Frequency of data is also defined. 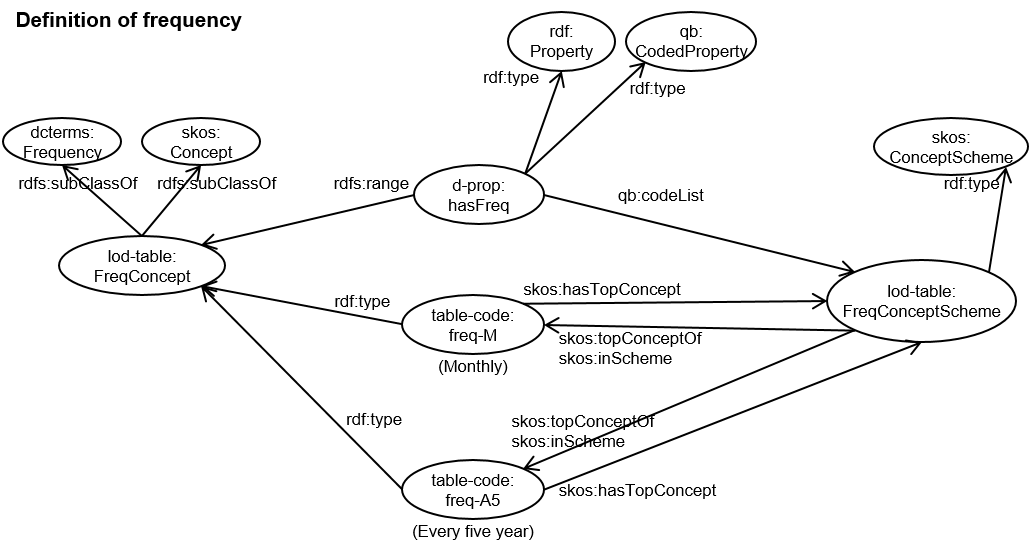 In each dataset, "fields of statistics" in e-Stat is defined as theme. Theme has two layers.

Measures such as population, number of households, and amount of money are defined as original vocabularies. Data structure of measures is as follows. As for system of social and demographic statistics(SSDS), standard measure "http://purl.org/linked-data/sdmx/2009/measure#obsValue" is used.

Dimensions identify the observations and are defined as original vocabularies.

Vcabularies defined in statistical LOD of Japan are linked to statndard vocabularies or external institutes’ vocabularies.

Structure of SSDS:System of Social and Demographic Statistics

As for system of social and demographic statistics(SSDS), standard measure "http://purl.org/linked-data/sdmx/2009/measure#obsValue" is used. Dimension "indicator" is used to represent the phenomenon being observed. 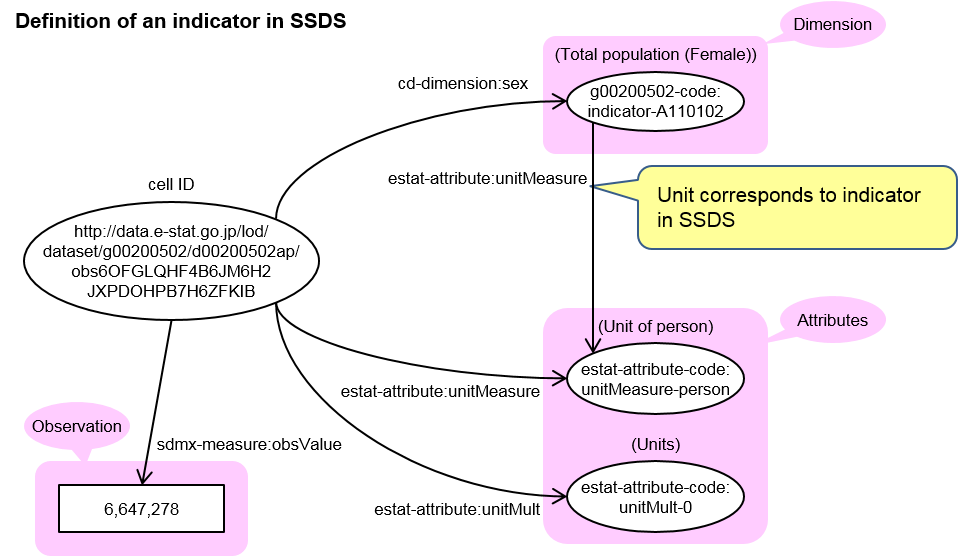 SSDS is a system in which statistical data in a wide range of fields are collected, normalised and organised by prefectures and municipalities. Statistical LOD of Japan defines the original statistics for each indicator.